It's easy to participate in a BOINC project: download and install BOINC. You will be asked to select a project and enter your email address and a password. That's it!

When you run BOINC on your PC, it does the following:

This cycle is repeated indefinitely. BOINC does this all automatically; you don't have to do anything.

The project's server keeps track of how much work your computer has done; this is called credit. To ensure that credit is granted fairly, most BOINC projects work as follows:

How the software works

The BOINC software looks and acts like a single program, but it's actually made up of several separate programs: 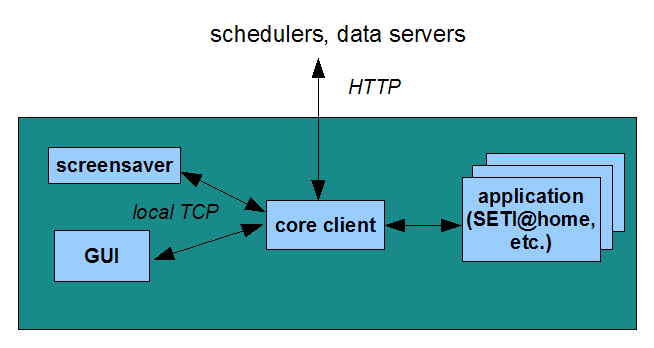